Just in case Google changes its data, here is the web archive version of https://www.google.com/search?q=define+impute

Which Scribus version should I use in production?

As of today, it is unclear which version of Scribus is fit for production use. The Get Scribus link on the Scribus website takes us to a page with a stable and a development version of the software.

At this point, it seems clear to anyone who knows what the words stable and development mean in the release cycle of software to make an informed decision and download the version fit for production use.

The problem is that the stable version of the software which, is 1.48 is outdated and abandoned, as pointed out on the Scribus blog. And the next promised stable branch, which is 1.6.x, is not out yet. And this leaves us with no stable version of the software for the moment. Even though the 1.4.9 version exists under scribus-svn on sourceforge.net, it is not yet released.

The Scribus team considers version 1.5.7 in the development branch is stable for a development release, but that’s not the same thing as the stable release of the software.

However, as of version 1.5.1, we consider the development branch reasonably stable, so it can be used for serious work by users who accept that not all new features are already working perfectly. Features already available in the officially stable version will work much better in 1.5.1+, though.

In the end, it’s your choice which version you want to use. If you choose to use the 1.5.x branch in a production environment, make sure you test it sufficiently to avoid surprises and learn the new features because they are not well documented. And some of them might not work as intended.

If you choose to use the stable version from the stable branch, you will miss out on bug fixes and newer features.

Remember Scribus is free software, and the whole Scribus community would benefit from your contribution, whether it’s a donation, a blog post explaining a feature, a YouTube tutorial video, or submitting a bug report.

Let me know in the comments if the post helped you. And how I could improve it.

All the best. Happy publishing.

The Jetpack for WordPress Contact Form gives us a hook to filter what gets sent via email after a successful form submission but the documentation is not very helpful as it doesn’t provide an example. To top that the Comments are closed for the article. For details refer to the Jetpack Contact Form Message Hook page.

Copy the code below into a child theme’s functions.php file or a functionality plugin to append the value of $new_text to the end of the email.

Please change the value of $new_text to whatever you like.

Use Cases: You could use this hook to create a link to internal documentation or company policy.

Note: You need to check the email of the WordPress administrator, not the person sending the email, to notice the change.

If you are not familiar with what Automattic is. It’s is the company behind WordPress.com.

Why do I need to know it?

If you’ve been part of the WordPress community for a while and are passionate about WordPress, it might be of interest to you. Another reason could be to improve your general knowledge.

To verify that the services below are hosted on Automattic, open this Domain Name Registration Data Lookup tool then copy and paste the root domain of each URL (without the https://) into the search field in the new tab and press enter. Scroll down to Contact Information. Under that, you’ll find the Registrant then Organization.If it says Automattic, Inc, We know, it’s hosted on Automattic’s servers.

Tumblr is a microblogging service that’s fun and engaging.

WordPress.com is a flavor of WordPress.org hosted by Automattic.

VaultPress is the security and backup solution by Automattic. On a self-hosted WordPress site, you would need to install and configure the VaultPress plugin to use the service.

Simplenote is a simple note-taking application that works in the web browser and mobile phones.

WordPress VIP is the enterprise offering from WordPress.com

VIP Go is the newest hosting package from VIP.

The Digital Attack Map is a free online service that provides live and historical world-wide DDoS attack data between countries for a given day.

What is a DDos attack?

You can make sure you are actually on the real site and not a phishing site by clicking on the padlock symbol in the address bar and inspecting the certificate issuer. If it says GTS CA 1DS, you are on the real website.

To read a map effectively, you need to look at the map key. The column on the right is that key. Unlike a map key on printed material, this key has buttons to filter the map data. The Large, Unusual, and Combined buttons, filter the DDos map data by the size of the attack for a given day. The list of buttons below Color Attacks By is self-explanatory.

The section below Shape indicates the source and destination of the attack.

Keep in mind that just because an attack is sourced in a country it doesn’t mean that the attacker performing the attack is in the same country. He could be using a compromised machine from another country. You should use the data to get a general idea of DDos activities on a global level.

dariusdsilva.com is a blog that serves content from a wide range of categories. The categories we currently write on are listed below. Read more... 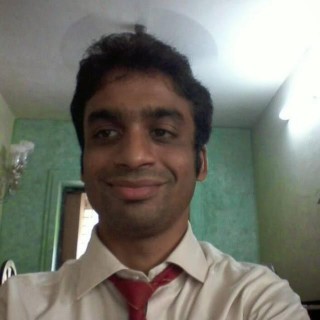 Darius lives in the beautiful land of Goa on the east-cost of India. Darius has a fascination with open source software and likes sharing his knowledge to help people grow their business. He also likes talking about his faith in the Lord Jesus Christ and help believers see the Lord more clearly.